Piping Variables are expressions within the site to reference other information that has already been provided. These variables can be used to display the score on a specific question or total questionnaire. You can, for example, add *|total_quiz_score|* to your final screen to say something about the respondent's quiz score.

They are useful because they personalize the site to the user that is accessing it. For example, they can be used within an email to pipe in the first name of the user into the email, so instead of the email stating "Dear Applicant", it can state "Dear Tom" (with Tom being a variable).

Piping variables are a great way to make your survey more conversational and relevant for the respondent! In this guide, we'll discuss the following:

You can also look into the Master List that we have prepared for you and search there for variables. These variables can be used in Email invitations, Email templates, PDF reports, Outcomes, and Formulas.

1 An example of piping

Here's an example to illustrate the concept of piping:

Say that the respondent selects the 4th answer of Question 1 (London), the subsequent question would become:

2 Add Piping to your questionnaire

Write your first question, for example:

Now let's include piping in the next question using answers from the previous question. Make sure to save the earlier questions so that they'll appear in the drop-down menu of piping variables.

Type your question, and when you want to insert piping, click Variables in the rich text editor to access the drop-down of piping variables. Then select which variable you want to add. In our example, we'll choose Question 1 response. 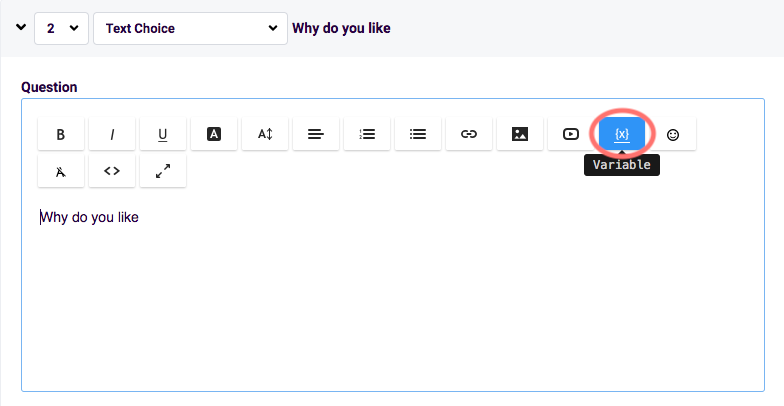 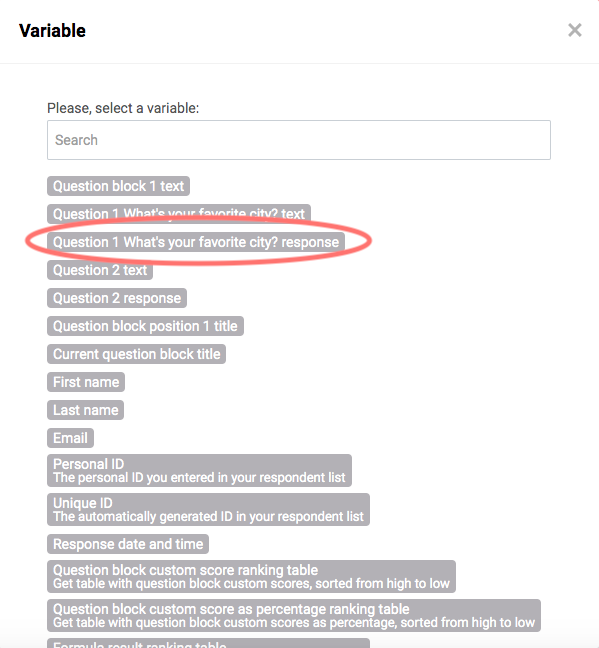 Now you'll see the piping variable added inside your question.

Don't forget to save changes when you're done!

Let’s see how this will look in your questionnaire! Note how the second question uses the answer chosen in the first question. 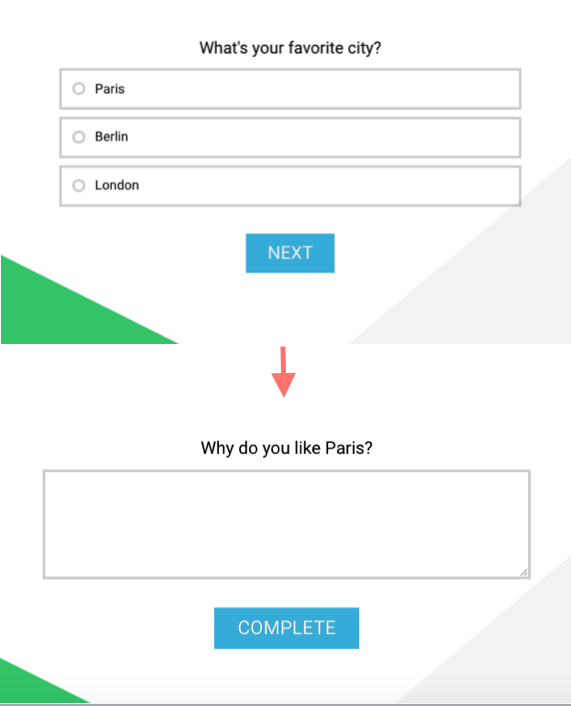 Piping variables can also be found by using the Search Function. 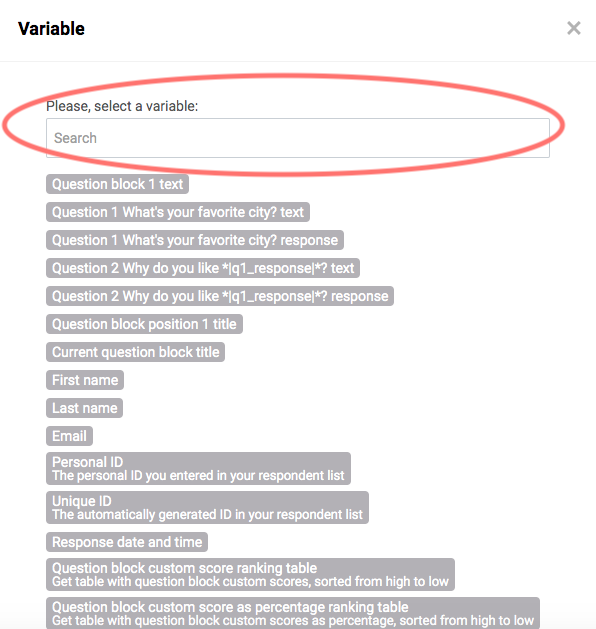 The common use of variables as discussed above is to pipe text that has been provided at an earlier point in the survey into a later question, personalizing or making it specific to the responses given.

Here is some other inspiration for using piping variables: